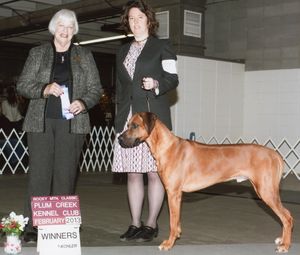 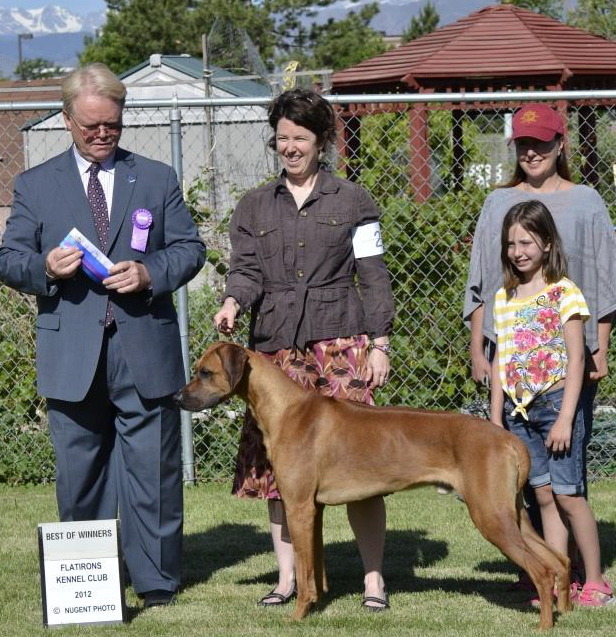 ** Desi wins her first points and major at the Buckhorn Valley Kennel Club on July 2, 2011! 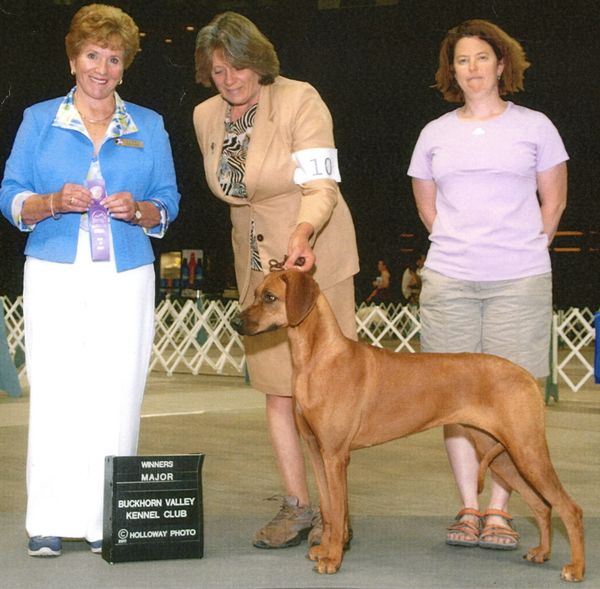 Desi wins Best of Opposite in Sweepstakes at the Colorado Springs Kennel Club show on June 12, 2011. Thank you judge Sandi Gordon for this lovely win! 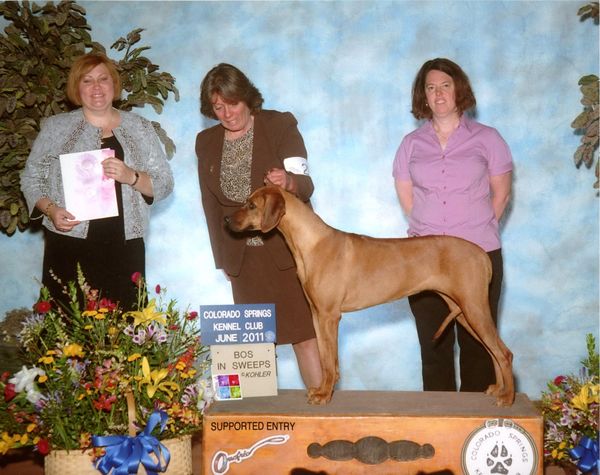 Mara's first weekend out lure coursing, she wins Best of Breed both days earning and 5pt and 4 pt major towards her Field Championship! She won over Specials and Veterans both days. 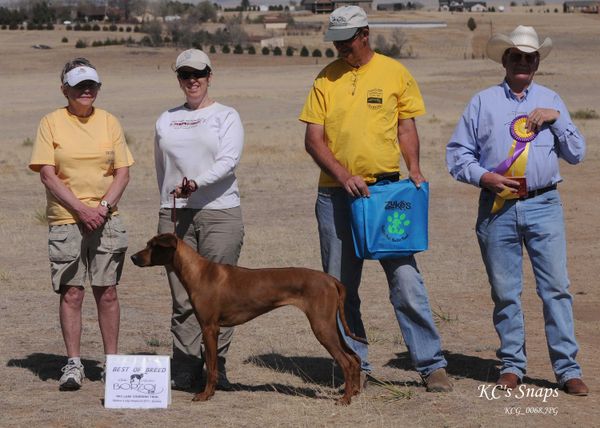 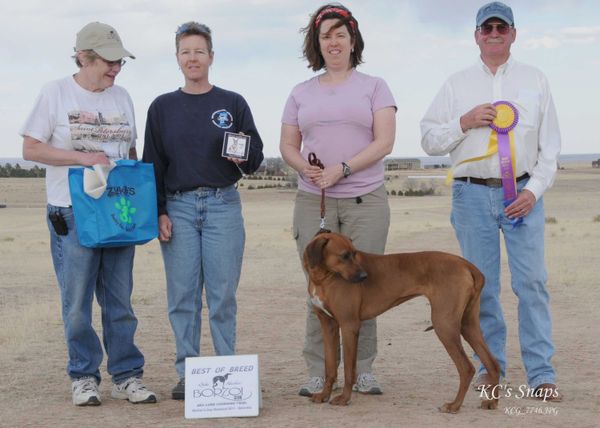 Keb made his show debut at the Greeley Shows in August 2011. He was just having a blast meeting everyone and having a good time. 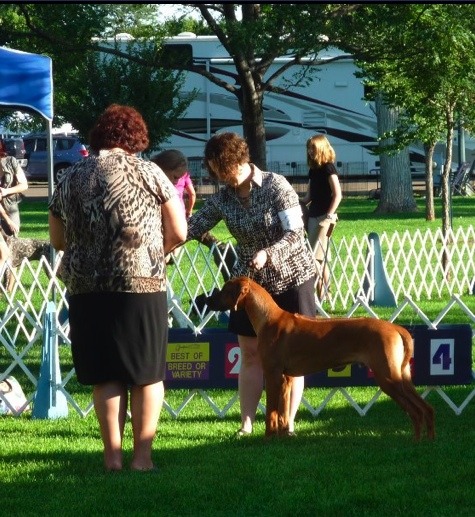 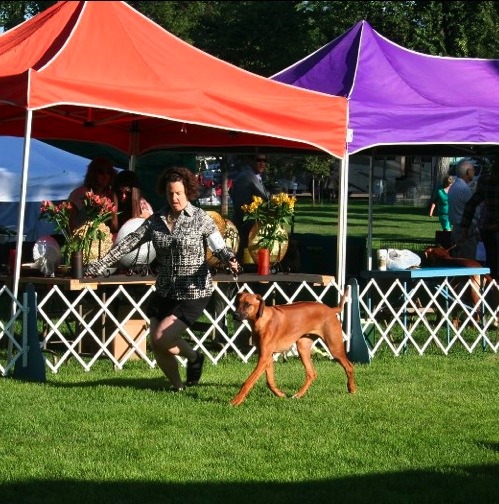 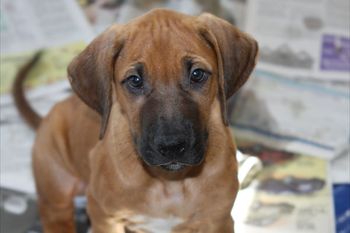 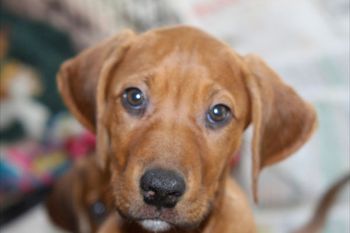 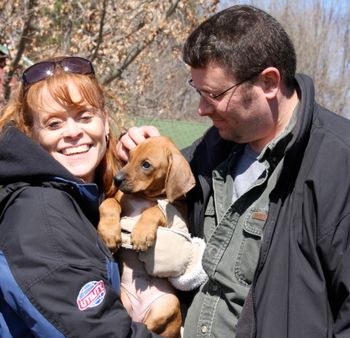 Kya with her new family. Congrats Vikki and Rex. 8wks 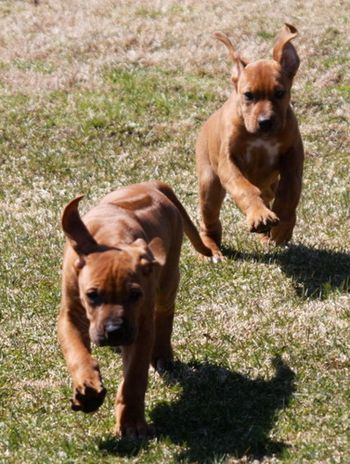 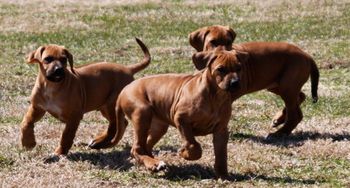 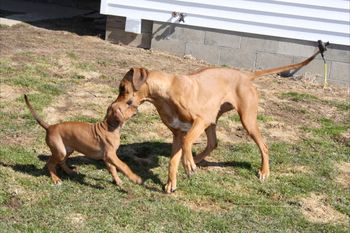 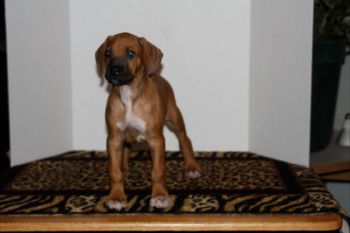 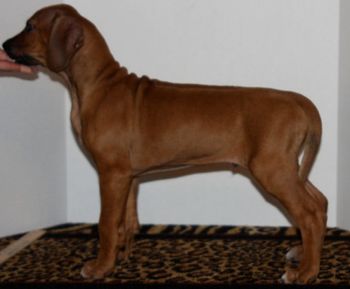 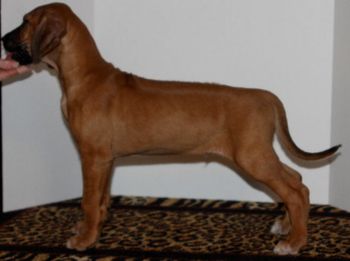 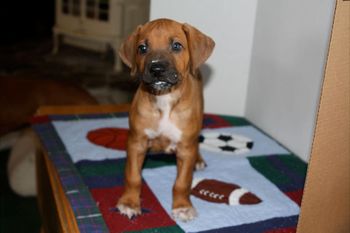 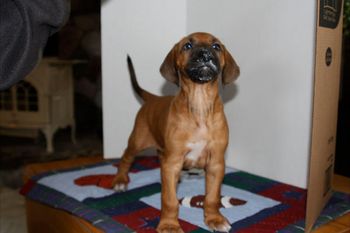 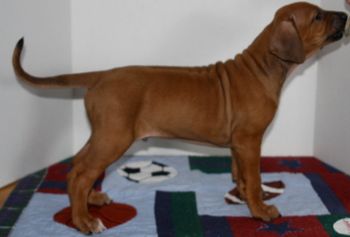 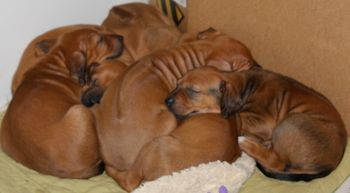 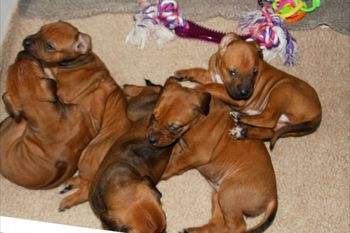 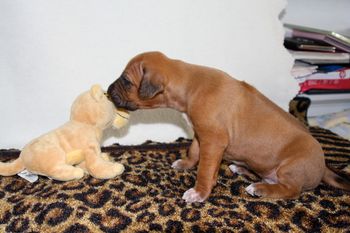 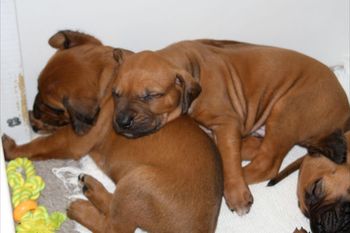 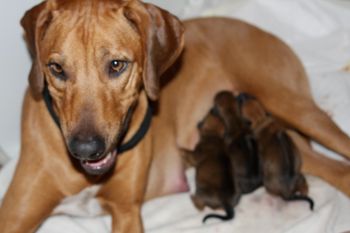 
Is a Ridgeback the Right Dog for your Family?
Are you Prepared for that New Member of the Family?